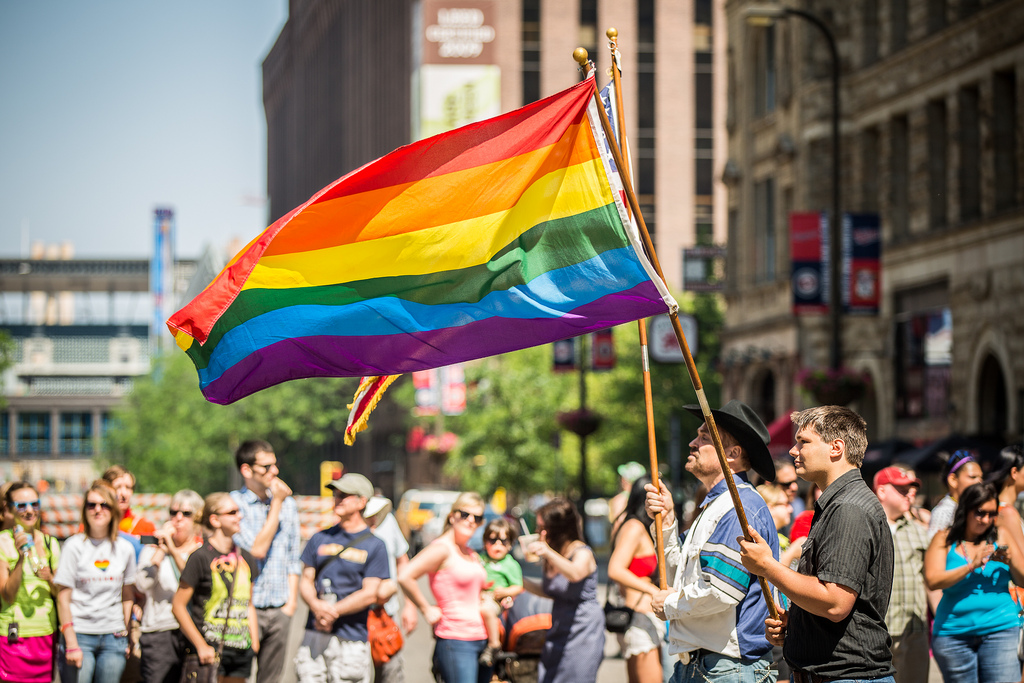 We all have those things that we always mean to do, but we never actually get around to doing. Pride was always that thing for me… well at least until last weekend, when I finally attended my first Pride festival. In doing so I embarked on a somewhat transformative experience, discovering a sense of community and a feeling of acceptance that can only come from attending an event such as Pride.

For those of you who don’t know, Pride is an event where people come together to celebrate, and illustrate solidarity towards, the LGBT+ community. It’s important to point out that Pride isn’t just for the members of this community; anyone who calls themselves an ally, anyone who believes that LGBT+ people deserve equal rights in society, is welcome at Pride. It’s this inclusiveness that made Pride what is it today – an occasion where people from all walks of life gather to celebrate diversity.

The Pride that we know today is a big celebration of love, supported by the wider community, but it’s important to remember that it didn’t start out this way. The first Pride parades, which took place in the 1970s, were protest marches, with attendees taking a stance against the oppression LGBT+ people had faced for centuries, and in many cases these people were met with discrimination and outright abuse. It’s only through the efforts of these brave pioneers that we live in a more inclusive society, one which sees pride in the LGBT+ community as something to be celebrated at all.

Today Pride is celebrated all over the world, from Los Angeles to Sydney, with thousands attending these parades each year. It’s vital we keep holding these parades, both to remember those brave pioneers who fought for LGBT+ rights and to ensure that we move forward on this issue. In a world where Donald Trump is US President, and the extreme right wing is gaining ascendancy, we must remember that what was once won can always be lost if we allow ourselves to become complacent. This is why I’m ashamed to say that until last weekend, I’d never been to a Pride festival in my life.

I grew up in a small English seaside town in the 1990s – there was never really a chance to attend a Pride festival. As I entered my 20s I always meant to attend one, but things always kept getting in the way. Last year, for instance, I was on a family cruise in the Mediterranean when Manchester Pride was being held and as much as a wanted to show solidarity with my own community, I wanted to sun myself in the Med more! So this year when my mate Sophie asked me to attend Liverpool Pride, I decided to take the plunge and see what I was all about. I certainly wasn’t disappointed!

All shades of life

I had such a fun time. We arrived in Liverpool at midday, just in time to see the parade that’s a mainstay of any Pride festival. There were so many different groups of people represented in that Pride parade, from religious communities to the police to sports teams to charities. It lifted my heart to see so many people standing there and marching in support of people like me, as when I was growing up just a few decades earlier this just wouldn’t have been the case. Afterwards we went to the main Pride area in Liverpool’s Gay Village where we mixed with the crowd, enjoyed a few (too many) drinks, listened to some performers do their thing and had the time of our lives dancing!

The main thing which stuck with me after attending Liverpool Pride was just how colourful it was, in both the literal and figurative senses. There were rainbow-inspired accessories, outfits and hairstyles everywhere, with the rainbow symbol being traditionally used to show solidarity with the LGBT+ community. There were also people from all walks of life – young and old, men and women, gay and straight, cis gender and transgender – it was this wonderful coming together where everyone was accepted, no matter how out of place they feel in society, and nobody was made to feel excluded.

We had to leave at about 6pm – it started raining and we needed to get a train back to Manchester – so unfortunately we didn’t get to stay until the end. However, the time I spent at Liverpool Pride was enough to show me what Pride is all about, and I believe that attending this joyous celebration of diversity and inclusiveness has made me a better man now than I was last week. There’s no family cruises in the Med planned for this year, so I’ll see you all at Manchester Pride!

My Tweets
Follow The Joe James Davis Blog on WordPress.com