With the vote set to be held Tuesday 8th November, who will win the 2016 US election – loud-mouthed billionaire Donald Trump, or former Secretary of State Hillary Clinton? 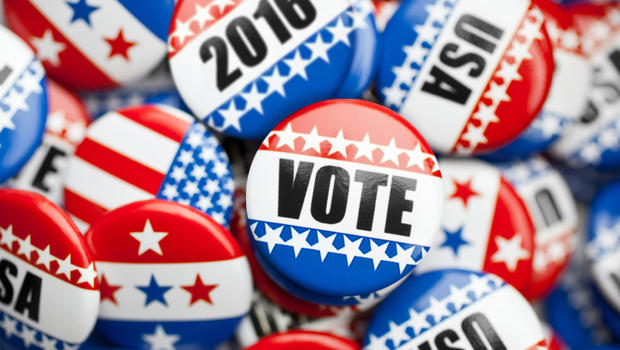 After over a year of vicious campaigning, the most bitter election cycle in US political history is about to come to a close. With the vote set to be held Tuesday 8th November, who will win the 2016 US election – loud-mouthed billionaire Donald Trump, or former Secretary of State Hillary Clinton?

When he descended that escalator and announced his candidacy on that fateful June day, nobody thought that Donald Trump had a hope in hell of winning the 2016 election. The man who started his campaign by deeming “some” Mexicans “rapists” and “murderers” has insulted many groups in this election including prisoners of war, gold star families and Rosie O’Donnell. Controversially, he has also proposed that a wall be built to keep Mexicans out of America and that Muslims be temporarily banned from the US.

Many critics, even inside the Republican Party, for which Trump now serves as standard-bearer, argued that the businessman doesn’t have the temperament to sit in the Oval Office. But in a post-financial crash world, where ordinary citizens are growing increasingly-frustrated with establishment politicians, this was a plus for Trump. Framing himself as an American ‘everyman,’ who operated outside of the mainstream, the billionaire breezed through the GOP Primaries.

Hillary Clinton is a favourite of the Democratic Party establishment. Clinton was supposed to cruise to the nomination. But throughout her political career, Clinton has been plagued with a raft of scandals, from Whitewater to Benghazi. After she announced her candidacy, it became clear that a large section of the American people don’t trust Clinton, with the staunchly liberal Democratic Party base being especially wary of a woman who was paid to give speeches to Wall Street bankers.

Hillary found herself a challenger in US Senator for Vermont, Bernie Sanders. A liberal who preached economic equality, Sanders fast-became a populist, anti-establishment candidate, much like Donald Trump on the right. The Democratic Primaries were very tough, but due to her much higher name recognition, alleged interference from the Democratic National Committee, large pockets and the perception that she was best-positioned to beat Trump, Hillary emerged victorious.

Once Trump and Clinton secured their respective parties’ nominations, the general election began. With an increasingly-polarised electorate, things soon got nasty. Trump’s supporters, for instance, started shouting “lock her up,” referring to their belief that Hillary Clinton is so corrupt, she belongs in jail, at rallies. Due somewhat to Trump’s racist, sexist rhetoric, Clinton dominated public opinion polls for much of the contest, as the second least popular Presidential candidate in US history.

Before the second Presidential debate, a damming videotape emerged. It showed Trump bragging about grabbing ladies by their private parts. After, the billionaire’s poll numbers tanked. Even members of is own party, who stayed with Trump when he was insulting Mexicans and Muslims, started abandoning the candidate. They could not abide someone who would degrade women, citing their female relatives as their reasons for taking this action. Victory seemed within Clinton’s grasp.

Then FBI Director James Comey came along. The agency has recently been investigating former US Congressman Anthony Weiner for allegedly sending sexually explicit messages to a 15 year old girl, according to The Telegraph. Weiner is married to Clinton campaign aide Huma Abedin. In late October, Comey announced to the US Congress, against the advice of the Justice Department, that the FBI has now re-opened an investigation into Hillary’s emails, due to the Weiner case. The FBI’s investigation into Hillary Clinton’s emails has plagued her campaign, casting further aspersions on her trustworthiness, so Comey’s announcement proved disastrous for the former Secretary of State.

So how this impacted Hillary’s standing? Before the third debate, Clinton was leading her GOP rival by over six points. Now, The Huffington Post points out, Hillary’s lead has narrowed, with Trump even beating her in some surveys. Presidential contests are decided by the Electoral College, where each state gets votes based on population size. We need to look at swing states, which don’t have a strong history of voting for one party in recent Presidential elections, to look at who may triumph.

We know who most states will probably vote for, so each candidate is unofficially guaranteed a certain number of votes in the College. Hillary had an advantage, at over 200 votes, with candidates needing 270 to win. 2016’s swing states are Pennsylvania, Colorado, New Hampshire, Virginia, Ohio and Florida, among others. Polls showed that Hillary was leading by large single digit, or even double-digit, margins in some of these states e.g. Virginia, from as far back as a few months ago.

It started to look as though Hillary would eclipse the 270 mark easily on election day. The former Secretary of State even stopped campaigning in states like Pennsylvania and Virginia, focusing instead on GOP-leaning places like Georgia, where polls suggested she was competitive. The BBC reports that now, Hillary has started holding rallies in swing states which previously thought safe for Democrats, like Pennsylvania. She has also renewed her efforts in hotly-contested territories such as Florida and Ohio, even drawing on Beyonce and Jay Z’s star power to appeal to undecided voters.

We should remember that around 37 million people have already cast their ballots, as the US allows early voting. Furthermore, American Presidential elections always traditionally tighten just before polling day. Therefore, the re-opening of the FBI’s enquiry into Hillary Clinton’s emails may not prevent her from reaching the White House. However, the scandal has made Hillary’s path to the Oval Office much-harder, giving new strength to her Republican rival. We will probably have no idea who will win the 2016 election until the dust settles on 8th November, when the polls have finally closed.

My Tweets
Follow The Joe James Davis Blog on WordPress.com